In an era when energy saving and emission reduction has gradually become a social consensus, air-to-air heat pumps can be said to be unique darlings that have attracted the attention of many people. Then what happened to the air-energy heat pump in the past May?

Secondly, real estate in May also has new actions. The central bank, the Ministry of Housing and Urban-Rural Development and the China Banking Regulatory Commission jointly issued notices: For households with a house and the corresponding house purchase loan has not been settled, apply for a commercial personal housing loan to improve the living conditions. For homes, the minimum down payment is adjusted to no less than 40%. With the loosening of real estate policies, there are many people who buy homes, and air energy heaters will usher in good news.

Once again, the "Made in China 2025", which has attracted much attention since the beginning of the two sessions this year, was officially released in May, deploying a strategy to comprehensively promote the implementation of a manufacturing powerhouse, focusing on the three major directions of green manufacturing upgrading, smart manufacturing, and high-end equipment innovation. The official release of "Made in China 2025" will have a profound impact on the industrial manufacturing industry.

Since 2008, air-powered water heaters have been supported by national policies, and air-energy heat pump water heaters have gone through a few years of start-up and have entered a rapid growth period. In May this year, some related policies were also issued, such as the Ministry of Finance issued the "Interim Measures for the Administration of Energy Saving and Emission Reduction Subsidy Funds." The General Administration of Quality Supervision, Inspection and Quarantine of the People's Republic of China and the National Standardization Administration of the People's Republic of China have jointly issued the â€œEnergy Efficient Limits and Energy Efficiency Ratings for Domestic Gas Fast Water Heaters and Gas-fired Heating Water Heatersâ€. The new standard has more stringently divided the energy efficiency rating of gas water heaters. The method has been adjusted from the previous single thermal efficiency to two thermal efficiencies. The new standard will be formally implemented on June 1, 2016. The release of the new national standard for gas water heaters may be another opportunity for air-to-energy heat pumps.

Finally, the same attention is also paid to the Beijing Municipal Construction Commission to stop the no-safety electric heating film and the energy efficiency secondary gas boiler below. According to industry insiders, under the background of national energy conservation and environmental protection, the ban on secondary and below boilers with energy efficiency means that future applications of air source heat pump products will become increasingly widespread. In the future, air source heat pumps will become a trend.

Specifications
Pulse Filter With Hop-pocket is widely used for ventilation and dedusting and recovering powder dust in chemical, pharmaceutical industry

Principle of Work
On the basis of MC-I type, the square type pulse dust filter with cloth bag MC-II is the amended and improved one. In addition to the advantages that I type is high in the dust removing efficiency, big in the air capacity, stable in the performance, easy in operation and maintenance, MC-II has the better result than MC-I. Such as: it is not easy to build up the powder and its application is wide and so on. The device is widely used for the ventilation, dust removing and powder restoration in the grain, food, feed, metallurgical, chemical, building material, medical and other industries. 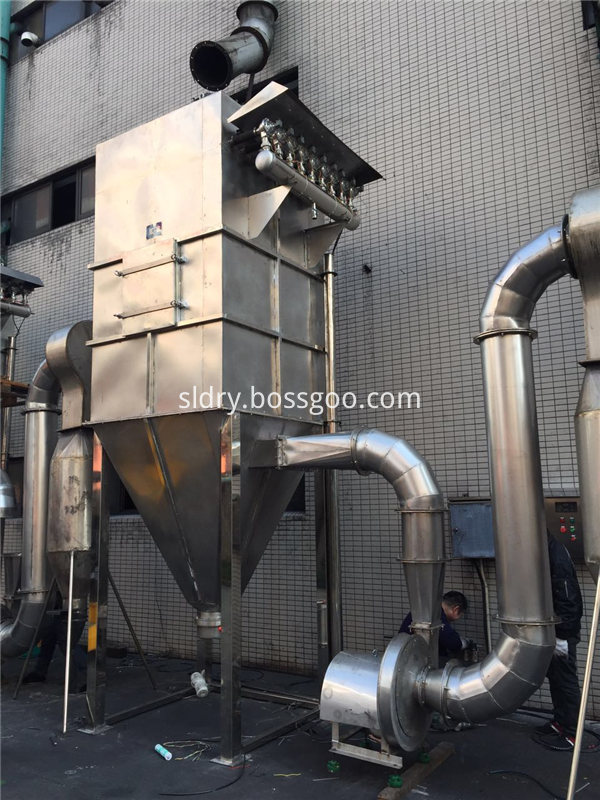