At the end of 2016, the new version of the new energy vehicle subsidy policy was officially introduced, and the subsidies for passenger cars, buses and special vehicles all showed a trend of declining. Compared with the 2015 version of the subsidy policy, the central subsidies for passenger vehicles have generally fallen by 20%, and the subsidies for the central and local levels have fallen by about 45,000 (calculated according to the maximum amount). In order to stabilize the market, some car companies have adopted the strategy of constant price before the Spring Festival and self-replenishment of enterprises, and some enterprises have increased the sales price of products. How to price after the Spring Festival is a headache for enterprises, and it is a concern for consumers.

On February 4, 2017, some media used the â€œNew Energy Vehicle Intention User Survey: The price of the Chinese model is rising. Will you still buy it? A questionnaire survey was conducted on the theme. As of February 5, a total of 1,695 valid questionnaires were collected. For the issue of whether the subsidy quota for new energy vehicles is declining and the sales price is raised reasonably, 69% of consumers intend to think it is reasonable, and 31% of consumers intend to think it is unreasonable.

The impact of price adjustments on purchase decisions

Among the 1695 questionnaires, there were 1,210 questionnaires from restricted cities, accounting for 71.4% of the total number of questionnaires. The age of the intended population is concentrated in the middle-aged consumers of 20-40 years old, accounting for nearly 90%. The number of intended users of pure electric vehicles and plug-in hybrid vehicles was 790 and 775, respectively, which was basically the same, and 130 people had the intention to purchase fuel cell vehicles . 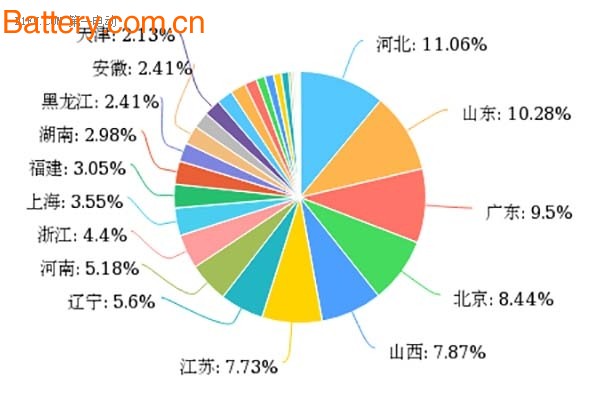 Age distribution of the survey population

The tendency of vehicle selection in the survey population

Judging from the questionnaire, the main factors affecting the behavior of consumers purchasing new energy vehicles are the top three: low comprehensive cost of purchase, use and maintenance, energy saving and environmental protection and no shake number. The primary factor that hinders consumers from choosing new energy vehicles is their dissatisfaction with the cruising range. Secondly, the charging infrastructure is imperfect, and once again, the overall performance of the product is not satisfactory and product safety concerns.

Summarizing the questionnaire, the potential consumers of new energy vehicles are mainly young and middle-aged people, and they have half of the preferences for pure electric and plug-in hybrid vehicles. For the adjustment of the subsidy quota, the product price is moderately adjusted to hold a positive attitude, but nearly 80% of the intended users think that the adjustment within 10,000 yuan is more acceptable. In addition, it is worth mentioning that 92% of consumers who intend to think that new energy vehicles have energy conservation and environmental protection, indicating that these potential intentions are more environmentally conscious.

On the surface, the adjustment of the subsidy quota is the biggest impact on the car companies. In fact, this is not only the problem faced by the car companies themselves, but also the problem of the entire new energy automobile industry chain. The car companies interviewed, the relevant companies have indicated that they will share the amount of subsidy reduction through the entire industry chain. The battery with the largest cost of the whole vehicle is definitely the part that shares the most cost, and the cost of other parts will be adjusted as a whole. However, whether consumers are also the target of sharing, but also depends on the market strategy of different companies.

The following is a summary of all the statistics of the questionnaire: