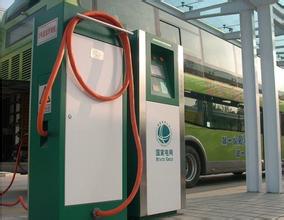 Kelu Electronics announced its 2013 annual report on March 26. The announcement stated that in 2013, the company achieved operating income of 1.409 billion yuan, an increase of 0.34% year-on-year; net profit of 85.926 million yuan, up 1.3% year-on-year. In the annual report, Keyou Electronics mentioned that with the official opening of the new energy automobile market in China, the company's new AC charging piles and DC fast charging pile products are welcoming growth opportunities under a good market outlook. In this regard, Li Lili, the company's securities representative, said that the State Grid has started the charging of the tender pile, the company also participates.
Priority for cash dividends in the next three years
Kelu Electronics stated that relying on its years of technology reserves, complete product chain and years of experience in electric power service industry, the company is gradually expanding to provide power distribution installation services for power systems, off-grid/grid-connected photovoltaic power plants epc construction and bots. Operational, new energy electric vehicle charging network construction and electric bus operation and other emerging industries.
The company's energy storage products such as optical storage integrated pcs developed under the support of the Key Laboratory of the National Energy Administration achieved industrialization, and the market made a preliminary breakthrough. Through the acquisition and integration of technology development, new products such as on-column switches, RMUs, intelligent power distribution terminals, and smart distribution stations have achieved significant results. With the official opening of the national new energy automobile industry market, the company's new AC charging piles and DC fast charging piles have ushered in growth opportunities under a good market outlook. At the same time, the company formally involved in photovoltaic power plant projects, involved in the operation of photovoltaic power plants.
In addition to publishing the 2013 annual report, Keyou Electronics also announced a shareholder return plan for 2014 to 2016. The plan clearly stated that from 2014 to 2016, the company will insist on cash dividends as the mainstay, and the annual cash distribution profits will not be less than 10% of the distributable profits realized in the current year.


Want to force charging pile business
Since the beginning of the year, Tesla's concept stocks have been wavering one after another, and Ke Lun Electronics wants to develop the charging pile business, which is also of concern to the market. In response, the reporter called the company yesterday as an investor. Li Lili, a securities affairs representative, said: â€œThe company had previously issued charging pile products. It started very early, but the market has not been opened. Now the State Grid has started the bidding activities for charging piles. The company also participates."
According to statistics, the State Grid has started the bidding for the first batch of charging equipment in 2014. The tender involved a total of 539 sets of charging equipment (including 383 sets of DC charging piles, 156 sets of AC charging piles), 8 sets of charging and replacing systems, 8 sets of charging monitoring systems, 2 sets of battery testing and maintenance systems, 180 sets of automotive terminals, and electric One set of automobile operation service system and one set of smart charging and power exchange service network operation monitoring system.
In the annual report, Keyou Electronics also mentioned that as of the end of 2013, the State Grid currently has built a total of 400 charging and replacing stations and 19,000 charging piles. At present, many local governments including Beijing, Shanghai, Shenzhen, and Wuhan have issued charging stations and pile construction plans. With the advent of Tesla's march into the Chinese market and the State Grid announced that it will fully open up the latest strategy for the construction of the charging and charging facilities, the market for the charging of new energy vehicles is expected to open in 2014.
Home
Recent Posts
Archives
tags