One of the most sensitive calculation parameters in the stability check of tailings dam is the immersion line, so the immersion line is also called the safety lifeline of the tailings dam. In order to ensure the safety reserve of the tailings dam, how to reduce the saturation line is nothing more than three aspects of interception, blockage and discharge. As the name implies, it is controlled by interception, water shutoff and drainage. As we all know, due to the blocking method (such as anti-seepage wall, grouting), it is easy to be affected by the impact of construction vibration or seepage change in the later stage. It has been rarely used now, and the cut and row are generally used together to obtain the ideal drainage effect. .

2. Overview of engineering measures for drainage

At present, the engineering measures for reducing the saturation line are summarized as follows: drainage seepage pad, pre-buried drainage pipe, blind ditch, dry block stone slope, horizontal drainage pipe outside the dam, vertical manhole or plug-in plate, radiation well, etc. Three kinds of drainage facilities directly embedded in the dam stage of the new construction. Since the immersion line has not reached the location of the drainage facility during the construction period, the groundwater level is low and the facility has no effect. After the immersion line rises to a certain height, the preset Due to the construction disturbance during the construction period and the consolidation of cementing materials, the drainage capacity is greatly reduced, and most of the old tailings ponds have this phenomenon.

As the tailings accumulation continues to increase, the immersion line also rises, the dam body gradually appears swamping, slope deformation and other conditions, and the drainage capacity begins to show insufficient. At this time, some drainage facilities or treatment measures must be added, such as Dry block stone slope, anti-seepage wall, horizontal drainage pipe outside the dam, vertical manhole or plug-in board, blind ditch in front of dam, radiation well, etc. These drainage facilities generally have a certain effect because they can be flexibly applied to the current situation of dam seepage.

Because the dry block stone slope, cut-off wall, vertical manhole or plug-in board, blind ditch in front of the dam, etc. are more common, here is a brief introduction to the composition of the horizontal pipe and the radiation well drainage system.

The horizontal pipe outside the dam is divided into two types: near horizontal laying and dam laying. The outlet section of the pipe is a solid pipe, and the other is a filter pipe section, which directly guides the seepage to the outside of the dam. Its layout is as follows:

The radiation well drainage system consists of three parts: shaft, horizontal filter pipe and horizontal water pipe. It is collected into the shaft through the horizontal filter pipe through water seepage, and then discharged outside the dam by the water pipe to achieve the effect of self-flow drainage. For the water-bearing layer with a near level in the pile or the tailings containing more mud particles, there is a large difference in the permeability coefficient in the vertical direction. In order to enhance the vertical drainage capacity, multiple roots can be added to the horizontal discharge pipe head. Manhole or a set of inserts, as shown below.

Third, the comparison of engineering measures for drainage and treatment

The functions, functions and applications of the above various engineering measures are different. For example, the dry block stone slope only has slope protection and reduces the occurrence of soil, which is not helpful for reducing the saturation line; the seepage wall can block the upstream water source, but Due to construction restrictions, and easy to damage and lose water blocking effect; although the blind ditch in front of the dam can be buried deep in the pre-buried, it is easy to foul and block, and the blind ditch buried in the later stage is too shallow and the effect is limited. Therefore, the effective drainage system for reducing the immersion line is only the horizontal pipe and the radiation well system outside the dam.

However, in the application of engineering technology, the horizontal pipe outside the dam has certain application limitations. The horizontal pipe outside the dam constructed in the coarse-grained and uniformly stacked tailings dam has been successful, and the drainage effect is good, but In the clay dam or fine tail tail dam and the accumulation dam containing more tailings mud, the drainage effect is not ideal. For example, if an initial dam is a clay-mixed rock dam, due to the high immersion line, 15 and 13 dam horizontal horizontal pipes are arranged at the initial dam level 1 and 2nd dams respectively, with a spacing of 10 m, and the construction is carried out in the east, using horizontal laying. The single length is 100m. The water level monitoring after completion shows that the immersion line has a small drop, the maximum drop is 6m, and the minimum is only 0.5m, which fails to reach below the safety warning line. In order to meet the design requirements, the horizontal horizontal pipes outside the western dam are all laid along the slope, with a single length of 230m. However, after the completion of the construction of the horizontal dam outside the western part of the dam, the immersion line is still small, and even partially increased. For this purpose, the drainage design was re-introduced, and a radiation well was arranged at both ends, with a well depth of 27m, a 3-layer radiant tube, and a manhole along the radiant tube. After the completion of the project, the immersion line was rapidly reduced, and the maximum drop was 19m. The immersion depth of the immersion line in the radiant tube involved all met the design requirements. After careful deliberation by many parties, the reason is that it is found that such dams have various forms of water-repellent layers due to the presence of cohesive soil or tailings mud, which results in a large difference in the permeability coefficient between cements at various locations and in all directions. .

In short, for the point-type interception method of the horizontal pipe outside the dam, it is necessary to selectively apply according to the characteristics of different dams. The radiation well drainage system is widely used in all strata, and it adopts the surface water interception method, and the blocking range is large, and the effect is remarkable and greatly favored.

In order to compare the advantages and disadvantages of various measures, we have listed a variety of drainage facilities:

1. Radiation well self-flow drainage is applied to the precipitation reinforcement (or drainage treatment) of tailings dam treatment, which can effectively reduce the infiltration curve of the dam body, with remarkable effect, and can maintain stable seepage for a long time, and the management work is simple in the later stage.

2. Although it is necessary to build a water well at the beginning, due to its long service life and high efficiency, it is no longer necessary to increase other drainage facilities in a long period of time, saving a large amount of renewal costs. Therefore, in general, the radiation well row The economic benefits of seepage measures are also the best.

4. The horizontal pipe outside the dam has certain ground limitations if it is laid along the slope or horizontally.

5. Radiation wells have an unparalleled advantage in drainage engineering technology. 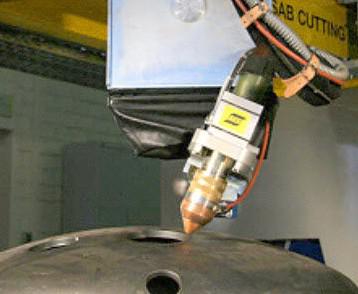